Together with the indigenous population and our partner Samay Foundation we are going to plant trees in the Bolivian highlands. In this way we will restore degenerated land and improve living conditions for local communities.

Reforestation and agroforestry in the Bolivian highlands

The Bolivian Andes are characterized by a rugged landscape with mountains well over 6,000 metres (20,000 feet) high. Unfortunately, large sections of the Andes mountain range have been deforested for firewood, small-scale cattle-farming and extension of agriculture. Shortage of trees and non-sustainable use of land lead to enormous water deficits in the area. Droughts cause crop failures and these, in turn, lead to endangering the livelihood of the inhabitants.

Together with the local population and our partner Samay Foundation, we will return the green to the Bolivian highlands. We are planting 99,000 trees on 45 hectares of eroded land. Our target? Improving the living conditions of the communities and making a positive impact on the climate! Care to help?

Participate in our forest projects

trees will be planted

of degraded land will be restored

farmers will be trained

families will benefit from this project

water reservoirs are to be built

What makes it necessary to plant trees in the Bolivian Andes?

Special species of plants, trees and animals are found in the Bolivian Andes. The area is home to, e.g. The Andes condor, the world’s largest flying bird; the Viscacha, cousin to the Chinchilla; and the Puya Raimondii plant. Besides, the highlands are inhabited by indigenous Quecha and Ayamara communities.

The inhabitants of the highlands live in isolated places, far from the big cities. Even though social services such as education, accommodation and infrastructure have improved in the course of years, a considerable percentage of the population still lives in serious poverty. Small-scale agriculture and cattle-farming form their only source of income, but this is getting more and more difficult, as a result of both climate change and traditional use of land.

The farmers grow mainly potatoes, quinoa, corn and onions as monocultures on their fields. This means that the same plot of land is always used to grow the same crop. This type of farming exhausts the soil, leaving it less and less fertile. Besides, during the dry season their live-stock, such as sheep and lamas, will devour all grasses, young plants, shrubs and trees, leaving the countryside dry and bare. 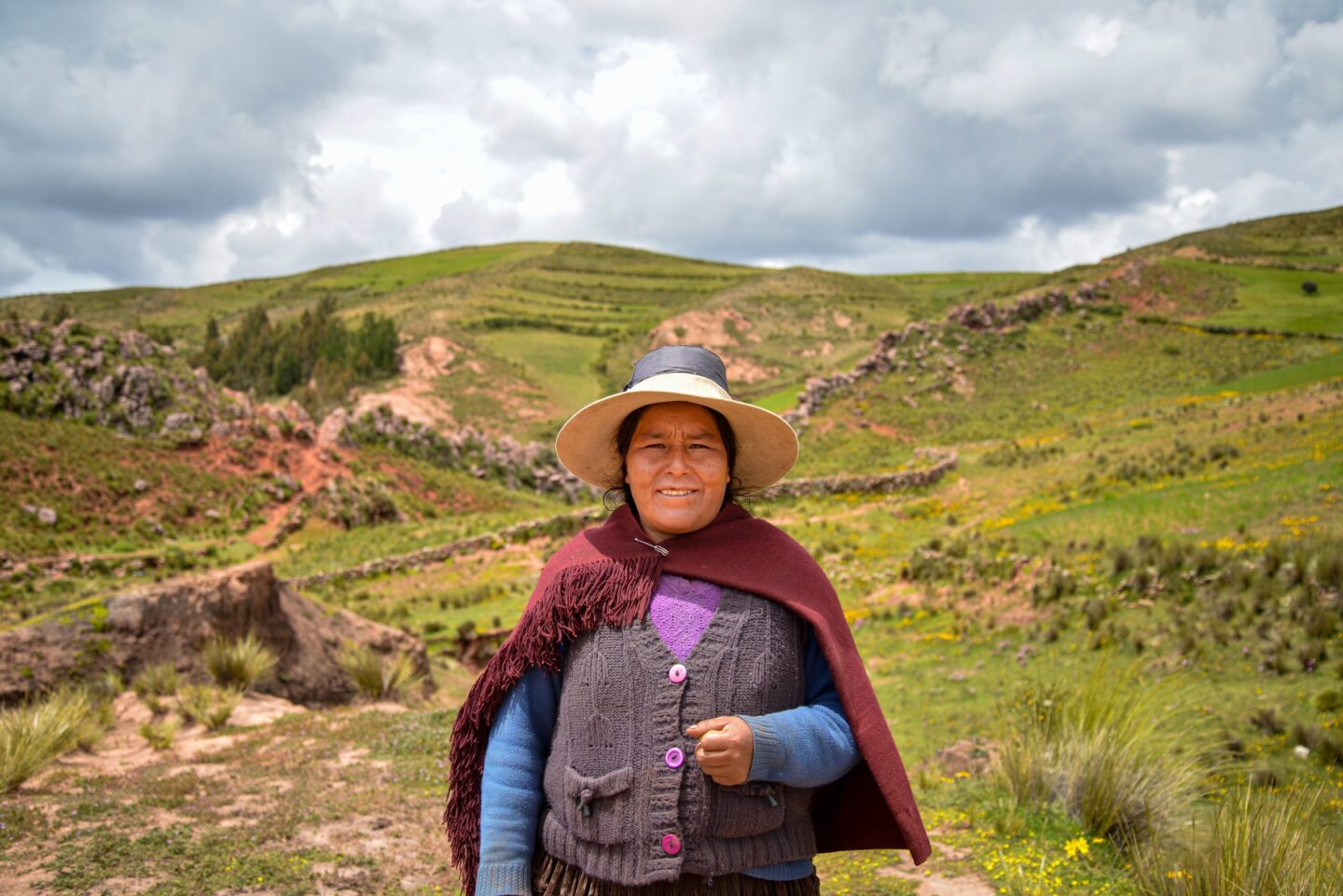 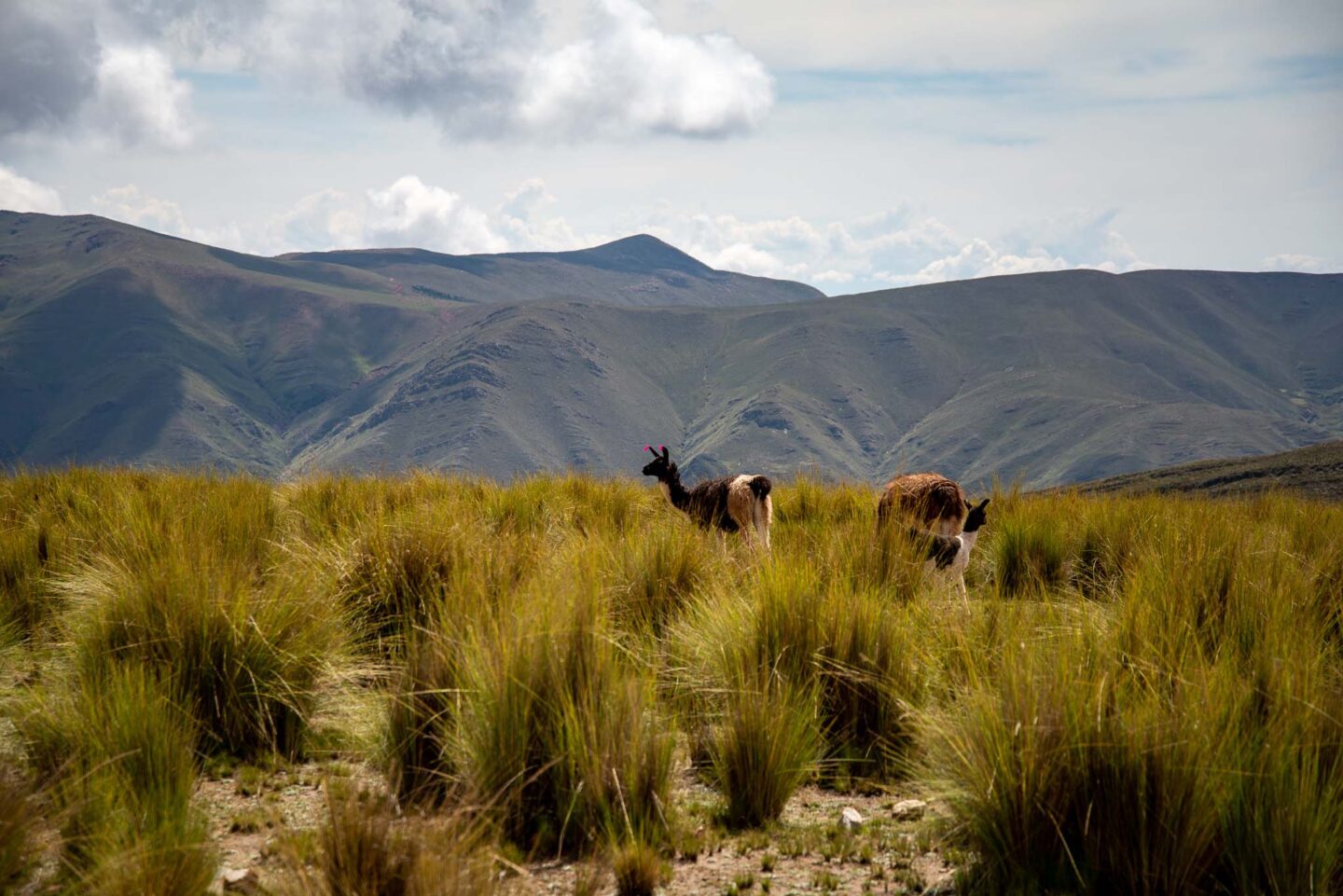 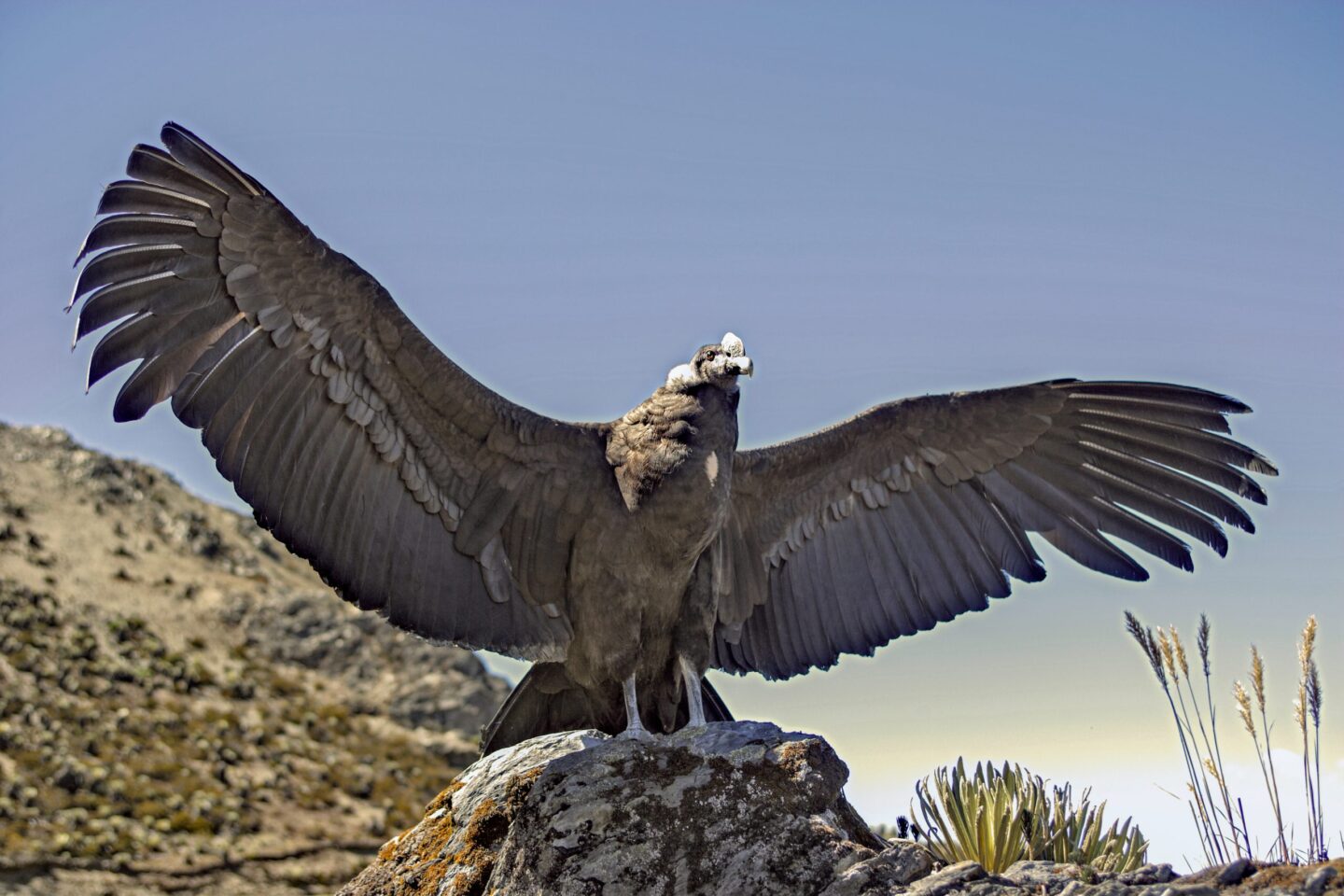 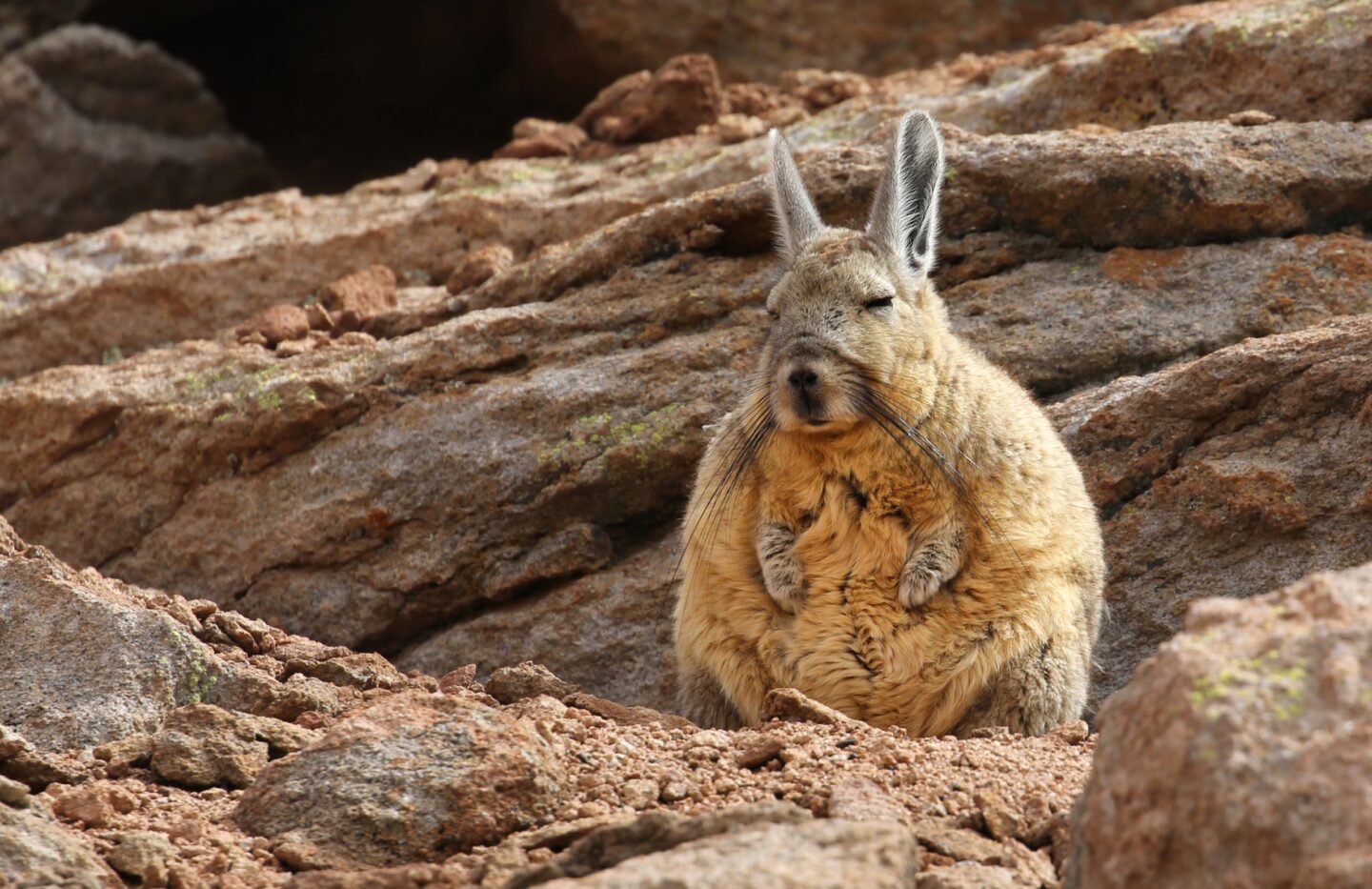 The decline of forest growth in the high mountains causes problems as well. As a rule, water seeps down from the mountains via the soil. In lower areas it either comes to the surface in natural wells, or it is collected in reservoirs, for the population to draw on. Such an area is called a water-retention area and it functions as a sponge, as it were.

But without trees and other vegetation, less and less water can be retained in the soil. The water washes away immediately, causing serious shortages during the dry season and erosion during heavy rainfall.

Without water and fertile soil, the yield of small-scale agriculture has deteriorated over the years. As a result, the communities’ incomes have grown lower correspondingly. This has led to migration of the indigenous population to either cities such as Cochabamba and La Paz or the plains of Bolivia.

In order to improve the quality of life for the people in the area and to restore the affected grounds, a change is necessary. We are going to achieve this by planting trees! 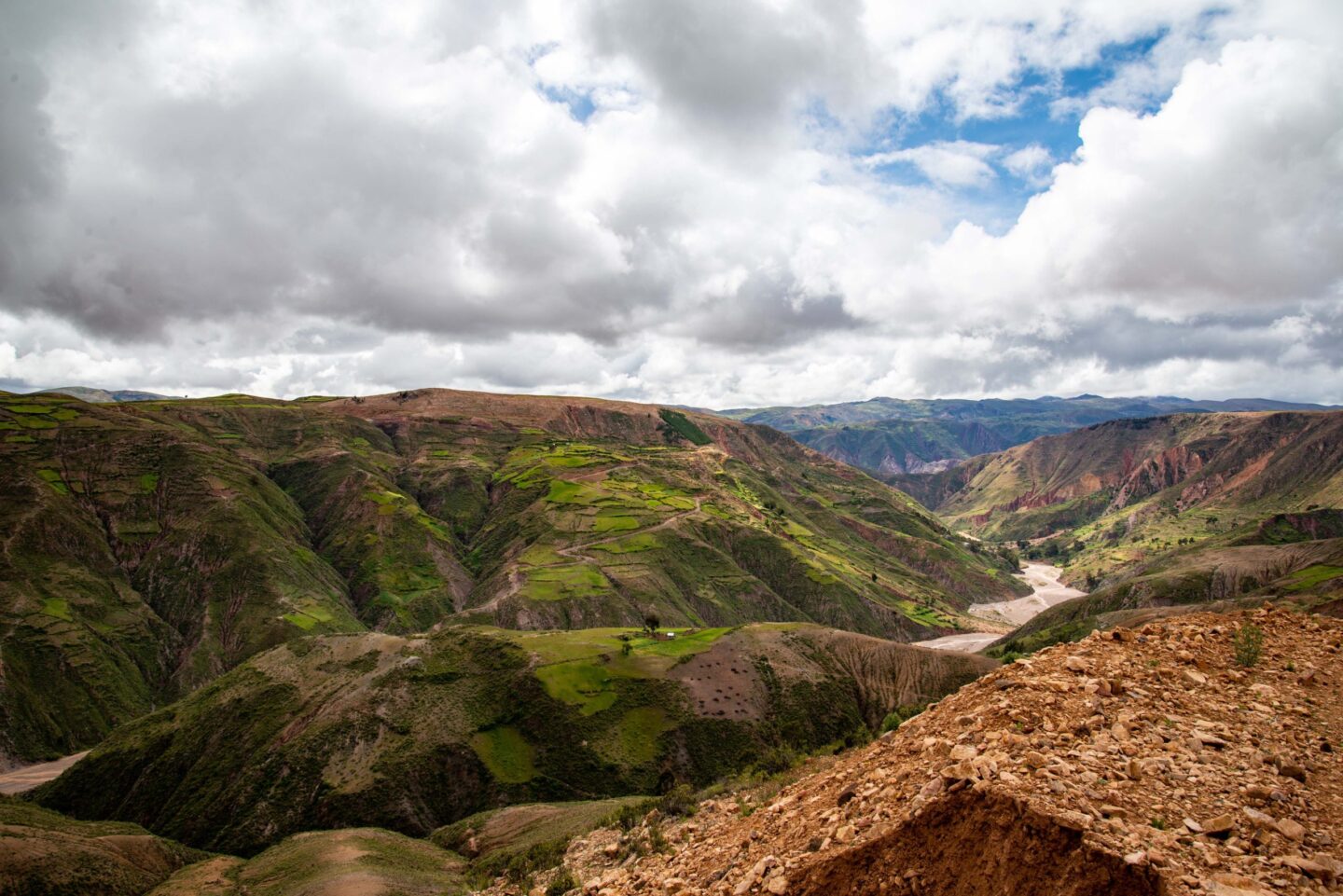 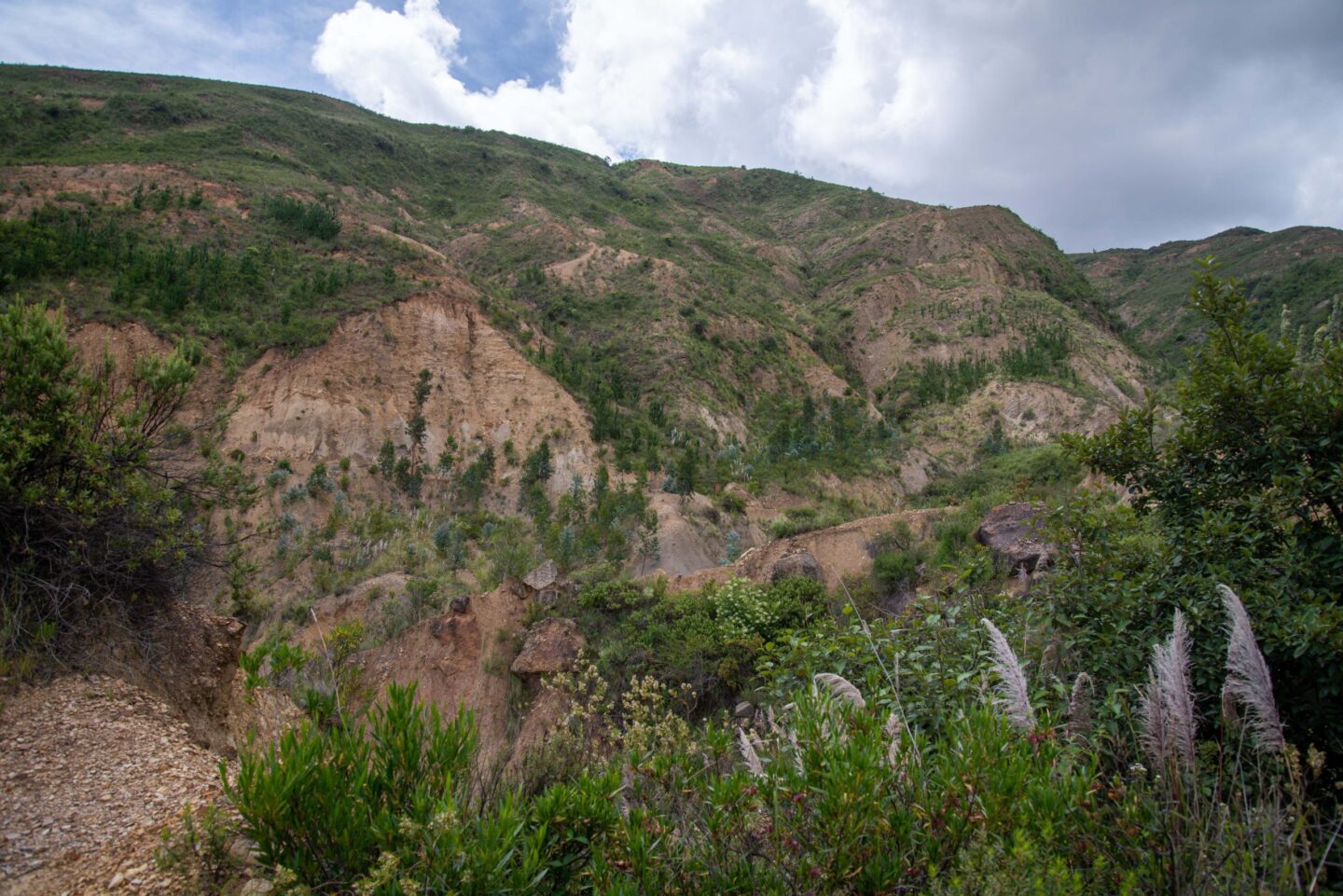 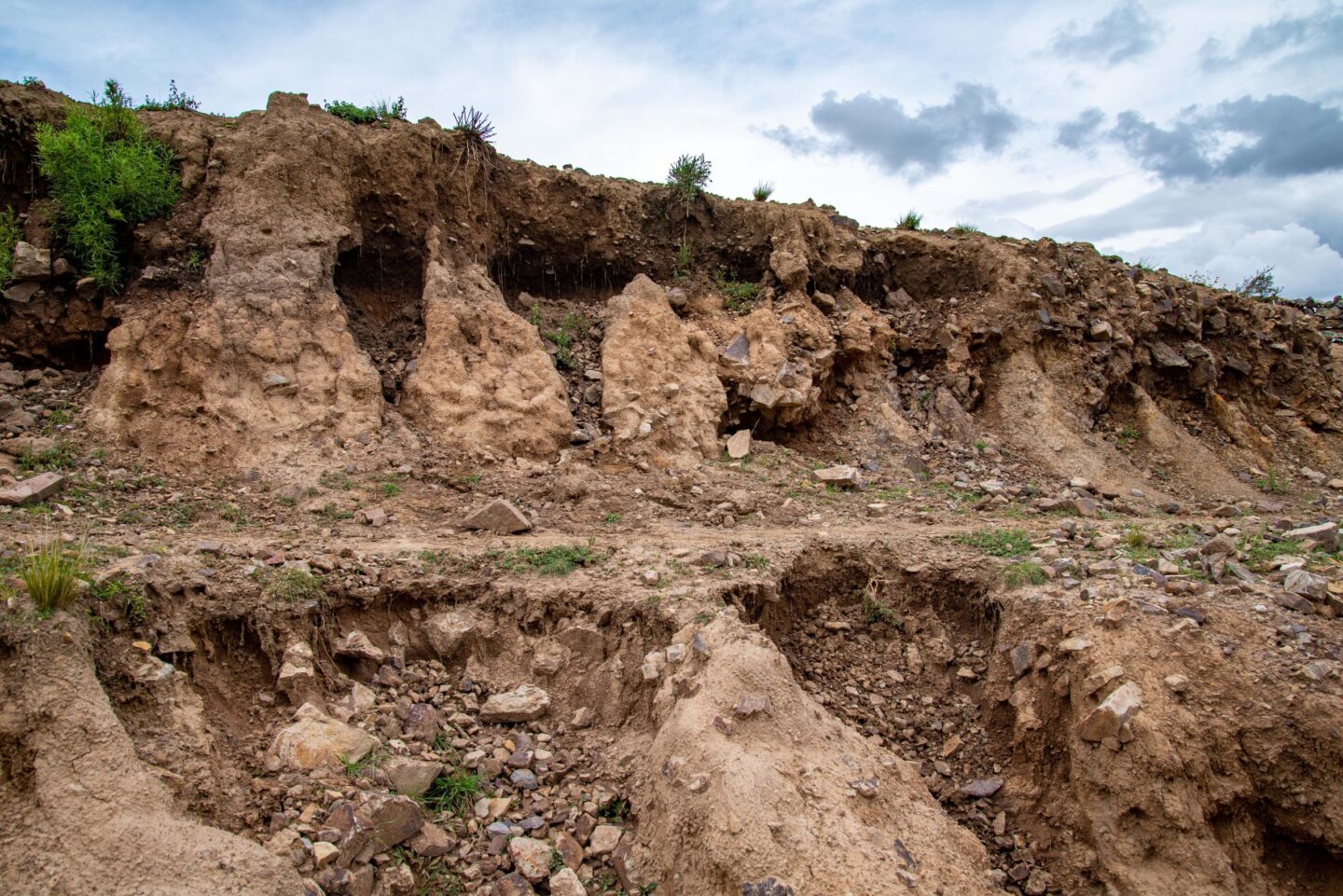 What are we going to do in this project?

We are going to plant trees in two different manners: by applying trees within agroforestry, a sustainable form of agriculture. And for reforestation with indigenous species of trees in water infiltration zones.

In cooperation with communities and small farmers we are going to make traditional use of land more sustainable by the introduction of agroforestry: a combination of trees and agriculture. In the farmers’ fields a combination of fruit trees, indigenous trees and vegetables is planted. This causes both the soil to maintain its fertility, and the farmers to make a better living from the various products.

The agroforestry parcels will be planted with 75,000 trees, viz. 25,000 fruit trees and 50,000 indigenous trees. Each farmer pays in private money and receives 70 fruit trees on average. Some 357 farmers join in the project. 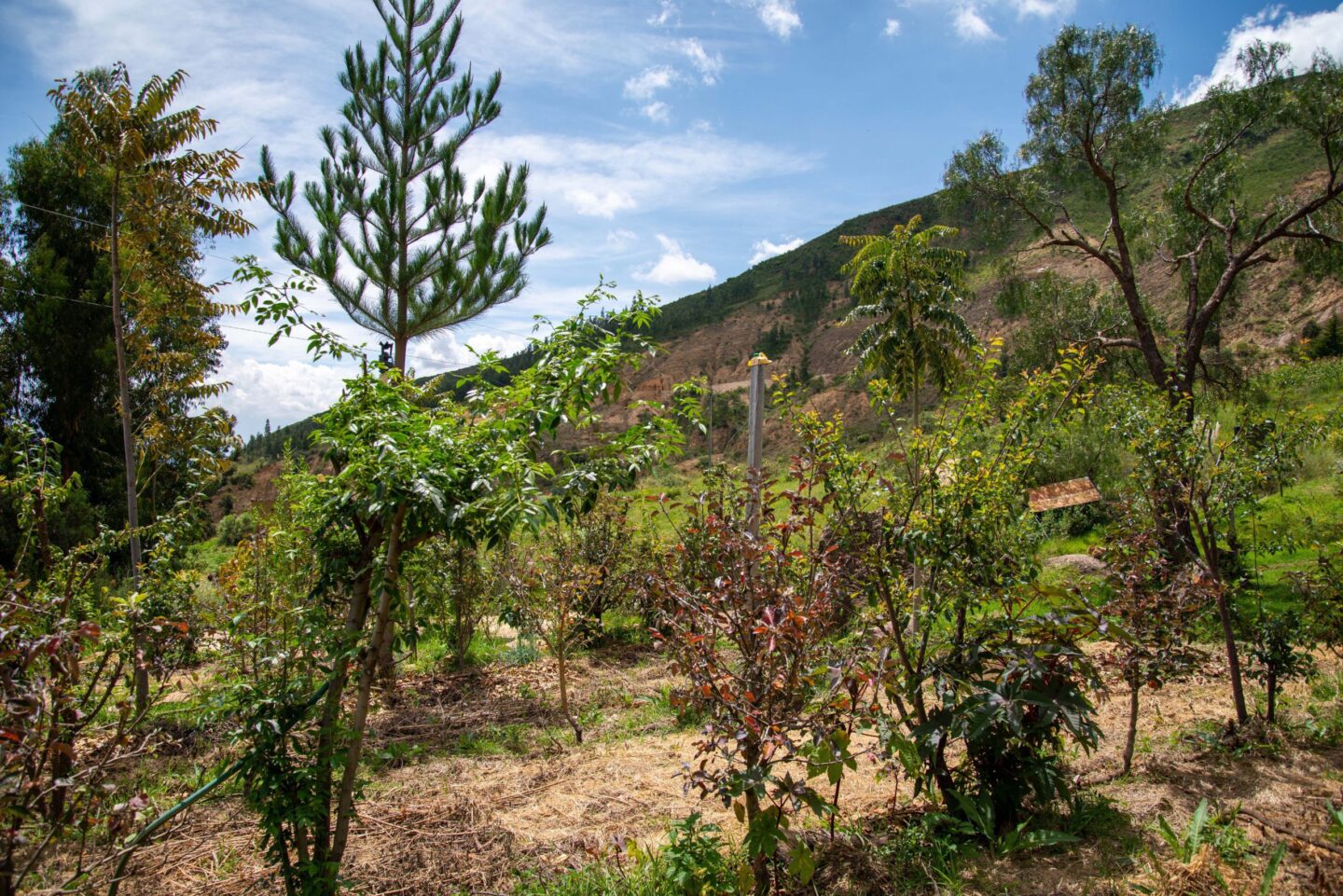 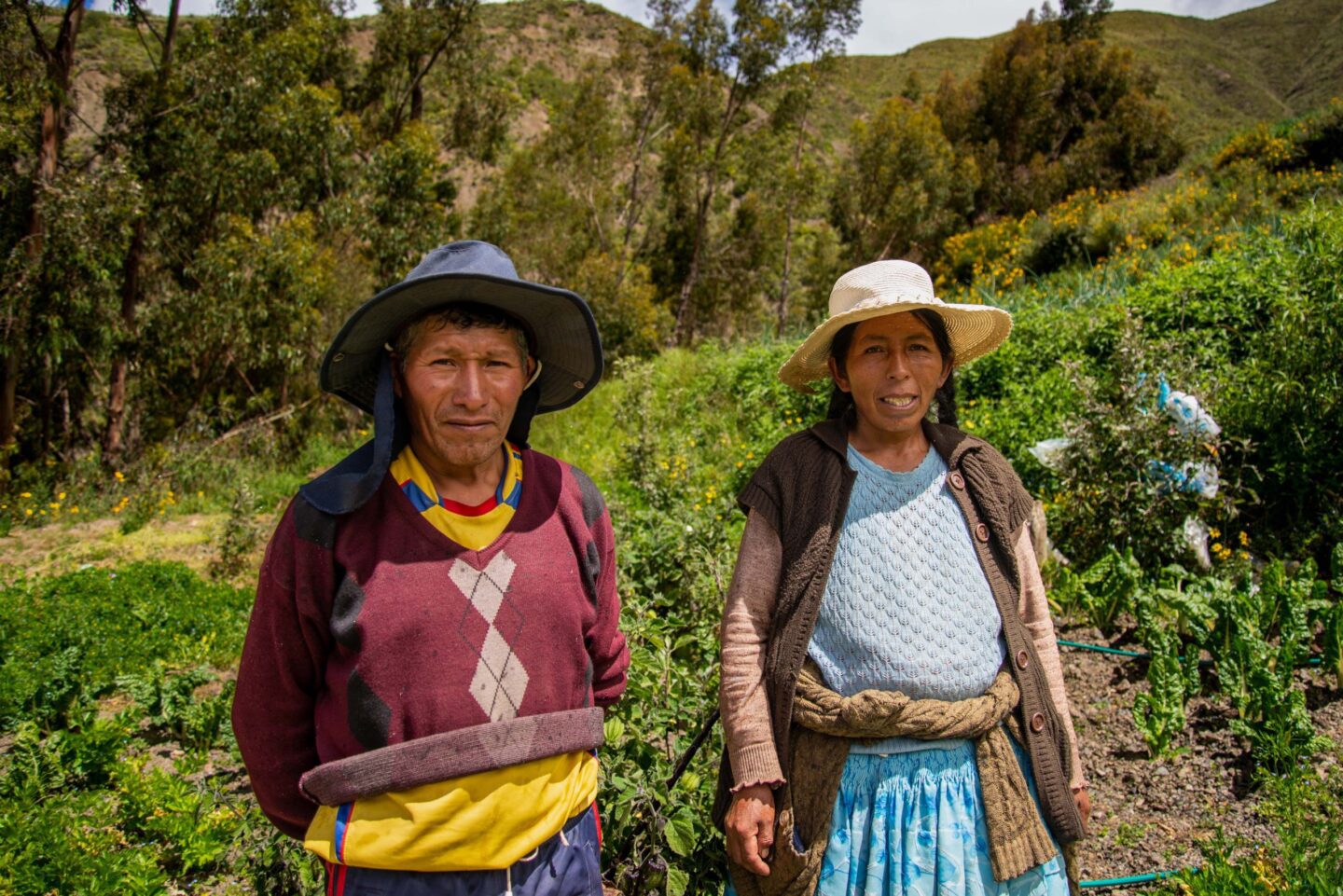 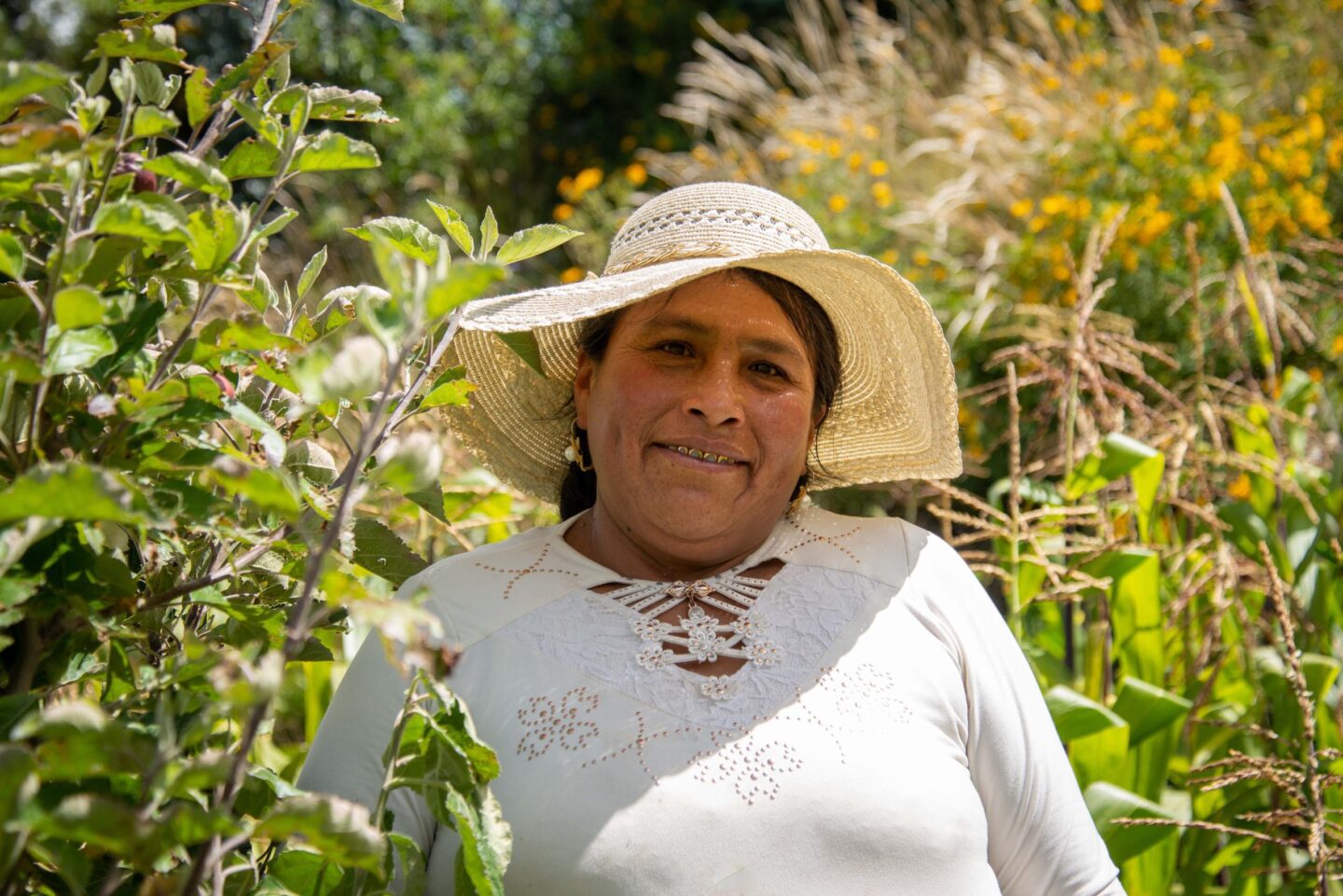 In addition to agroforestry we restore natural forests and plant trees in areas which are important for water infiltration, as in the Sipe Sipe community near Cochabamba.

The trees are planted around wells and water infiltration zones high up in the mountains. In this way, we improve the power to retain water, prevent erosion and the ensuing degradation of the land.

Here we only plant indigenous trees, species which are natural to the region. Only few of these are left because of deforestation and earlier planting of exotic species. In total 24,000 indigenous trees will be planted.

Together with Samay, our partner, we will also organise workshops and exchange visits. Besides, farmers will receive training in water management, agroforestry and fire prevention. Thus, we enlarge consciousness of sustainable use of land.

Water basins are built in the communities as well. These basins hold water the year round, so that farmers may water their crops even during the dry season.

By combining these project activities, we improve the use of land and create a positive impact on the living conditions of the communities and on the climate. 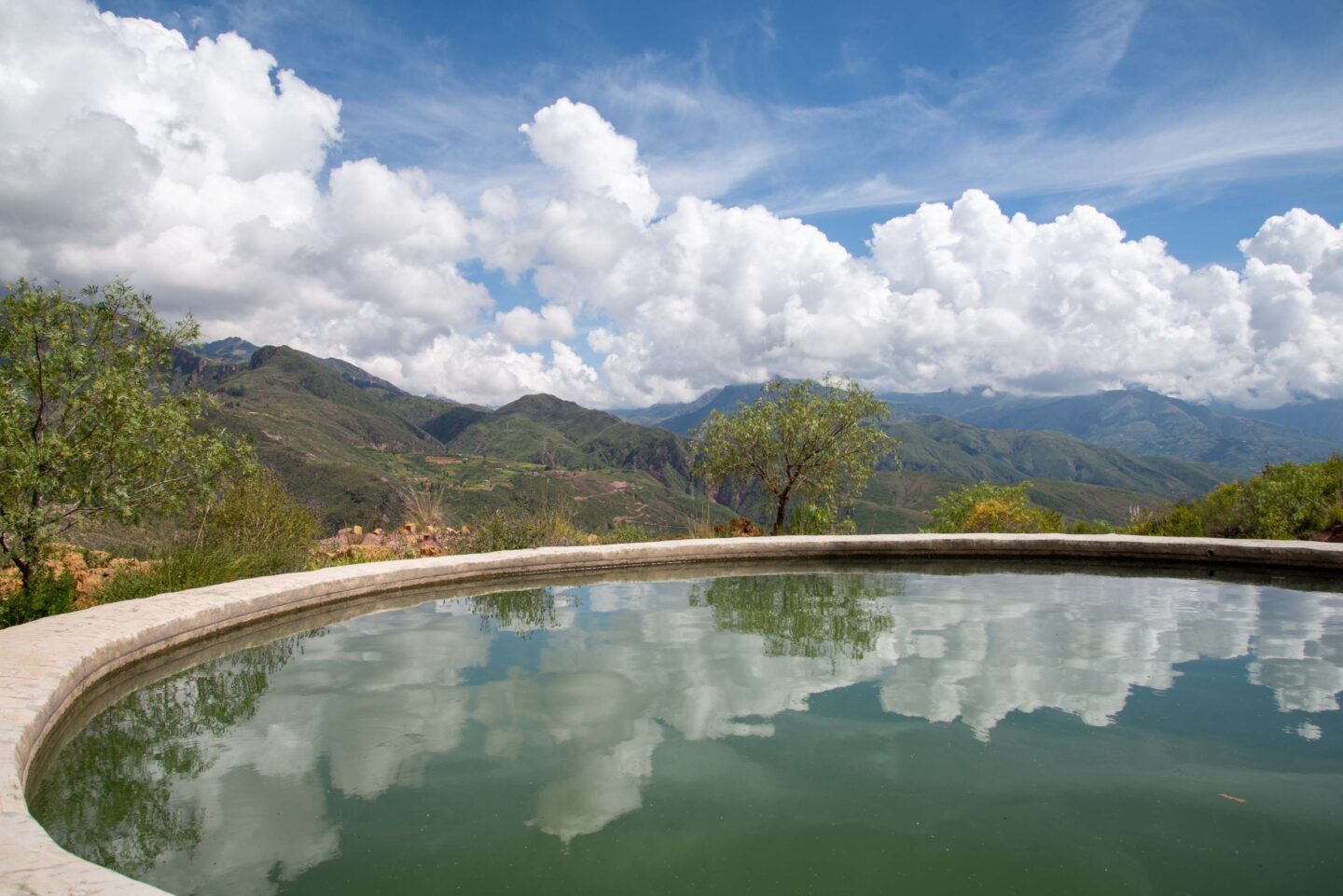 Where are we going to plant?

We are planting in the Andes region in Bolivia, in the departments of La Paz, Cochabamba and Potosi. The planting of agroforestry will take place on the land of individual farmers. On common ground, such as the water retention area of Sipe Sipe, we are going to re-plant indigenous trees.

We work in close cooperation with the Dutch Samay Foundation. Samay has worked on various projects in the Bolivian Andes. The organisation’s main themes are sustainable use of land and the fight against poverty. For many years, Samay has worked closely together with local organisations and indigenous communities.

In the past few years, Samay has focused on projects in which the planting of trees is an important means of improving the socio-economic and environmental situation of Andes communities.